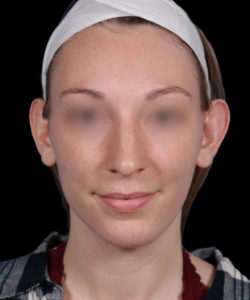 Here is a case of cosmetic ear pinning, or otoplasty, where the results simply speak for themselves – and the result is just incredible!

This young lady came to Dr. Hilinski after doing online research and coming to the conclusion that he was considered the best cosmetic ear surgeon in San Diego. Her main concern was that her ears stuck out too far from the side of her head. In addition, like so many otoplasty patients seeking ear pinning surgery, her ears were very asymmetrical. This means that one ear – in her case, the left side – stuck out further than the other. This is readily appreciated in her preoperative photo shown here to the left. If her ears were simply made more symmetrical, that would take much of the unwanted attention away from the ears. But the fact of the matter was that the ears did stick out too far on both sides.

In this particular patient, Dr. Hilinski performed what he refers to as a preservation otoplasty procedure, or a subperichondrial otoplasty technique. This is a fancy medical term that simply designates the tissue plane that Dr. Hilinski utilized in reshaping her prominent ears. By using the subperichondrial plane to dissect and expose the ear cartilage, Dr. Hilinski was better able to pin her ears back with much more accuracy and assurance versus the tissue plane most often used by other plastic surgeons. All of this was done from behind the ear where careful cartilage excision and suture placement allowed Dr. Hilinski to set her ears back closer to the side of the head. The entire surgery took about 2 hours to perform and was done under just local anesthesia where she was awake. Once the numbing medication was injected around the ear, the patient felt no pain at all. Like all of our otoplasty ear pinning patients, she wore a compression wrap around the head for about 4-5 days during the initial healing period. Thereafter, she just wore a bandage at night time while sleeping for upwards of 4-6 weeks after the ear pinning.

Results of her otoplasty surgery are shown below – several months out from the operation. As you can readily see, she has incredible results with a marked transformation of her overly prominent ears. Her ears are now (1) definitely closer to the side of her head with much less prominence as seen from the frontal angle and (2) significantly more symmetrical now with both ears looking pretty darn close to one another.

If you have prominent ears that stick out too far – and you desire to have your ears pinned back – come see San Diego’s leading expert in otoplasty surgery, Dr. John Hilinski. 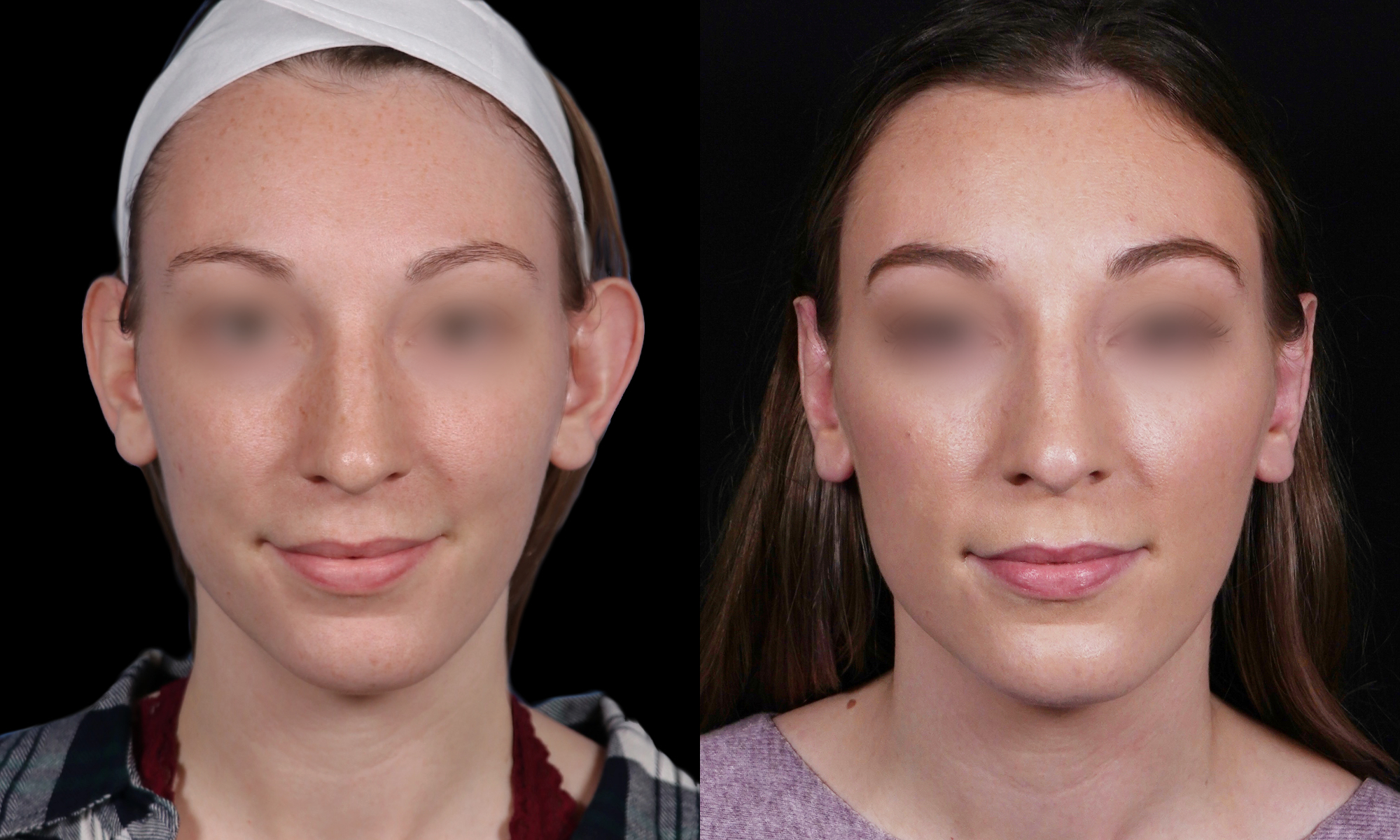