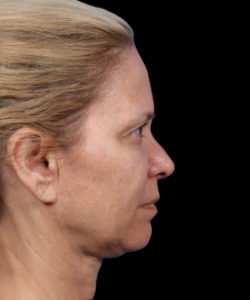 Here is another great example of how J Plasma by Renuvion can help tighten and lift the neck skin.

This patient from San Diego was bothered by the fact that she had developed loose neck skin with unwanted wrinkle formation under the chin area. This is nothing unusual – in fact, this is pretty darn typical for the aging process in middle-aged patients. Many of these patients are simply looking to appear a bit more rested and youthful.

Now facelift and neck lift surgery are certainly options. However, these are considered more invasive surgeries that involve longer incisions (cuts) made around the ear (and under the chin). This type of aging face surgery also translates into a relatively long recovery period given the amount of surgical dissection that is involved in the effort.

For those patients looking to avoid these challenges with invasive facelifting, there are alternatives – such as J Plasma by Renuvion. J Plasma is a minimally invasive procedure that involves making short incisions behind the earlobes and under the chin. As part of the procedure, plasma energy is used underneath the neck skin to cause a tightening effect. As the soft tissue under the skin is heated to an optimal temperature, the neck line gets tighter with more definition. A few absorbable sutures are then placed and a wrap is placed around the neck and lower face. Within just a few days, patients can begin appearing in the public eye – and by the end of the first week of recovery, exercise is usually allowed by Dr. Hilinski. This type of downtime is markedly less compared with traditional facelift and neck lift surgery.

Here are the results of the patient shown above following J Plasma by Renuvion. These results represent her healing at nearly 8 months out from surgery. And as you can see, she has a nice improvement in her jawline and upper neck region. Now would she have more of a result with formal facelift surgery? Yes is the short answer. But this would also involve a much more expensive operation, more visible scarring, more risks and significantly more recovery than J Plasma. In this particular instance, the patient had much less healing time – yet still has a nice cosmetic improvement in her jaw and neck line. 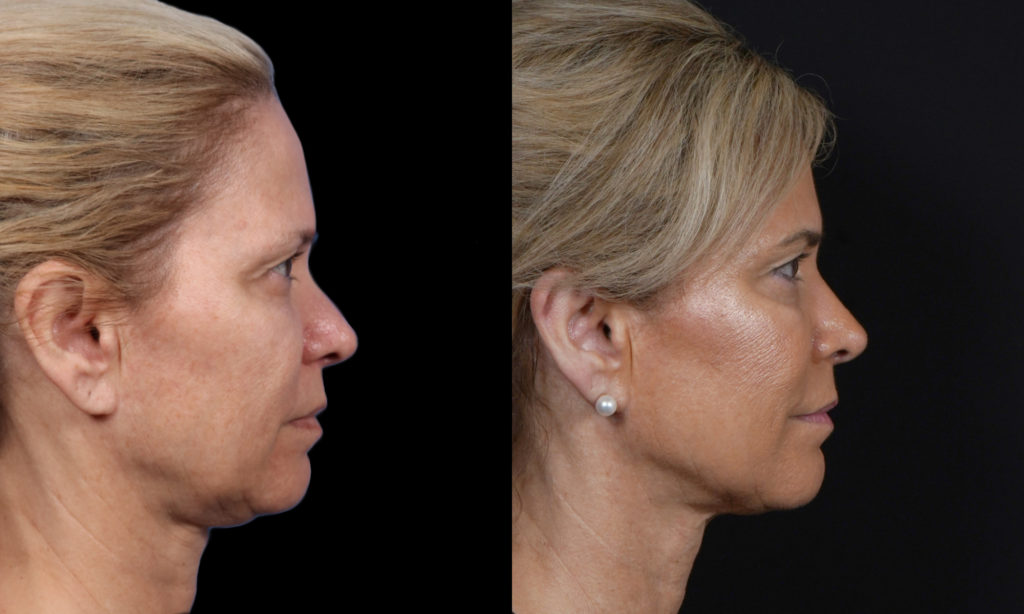