This patient was seen in our office today for follow-up evaluation, prompting me to post a blog regarding her ethnic revision rhinoplasty case (Asian and African American nose). She originally had a septorhinoplasty by another rhinoplasty surgeon here in San Diego. She was unhappy with how her nose looked following the nasal reshaping process and also had difficulty breathing through her nose. As you can see from her before photos below, her nose appears asymmetrically collapsed across the middle of the bridge. Her nose is also canted, or deviated, to her right side. I performed an open revision rhinoplasty on her, including reconstruction of her middle vault (mid portion of her bridge) with spreader grafts. As you can see in her post-op photos, she now has much more symmetry as seen on the frontal view. In addition, her nose functions much better than it did before. Make note of how we were able to give her a nose she was quite happy with while maintaining her ethnic appearance and balance with the remainder of her face. Most importantly, it would be very difficult to tell that this particular patient has undergone two fairly complex nasal reshaping procedures! 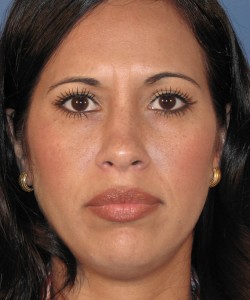 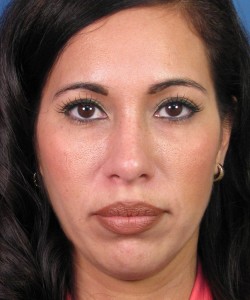 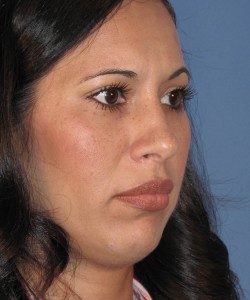 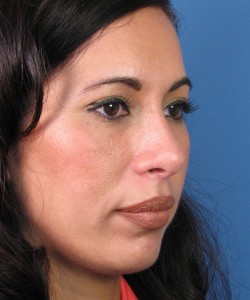 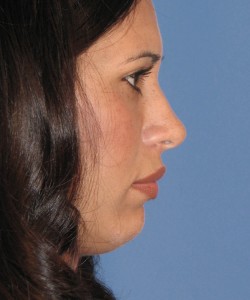 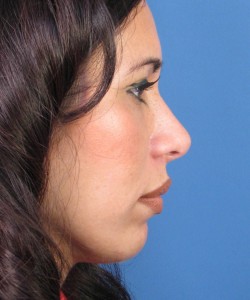