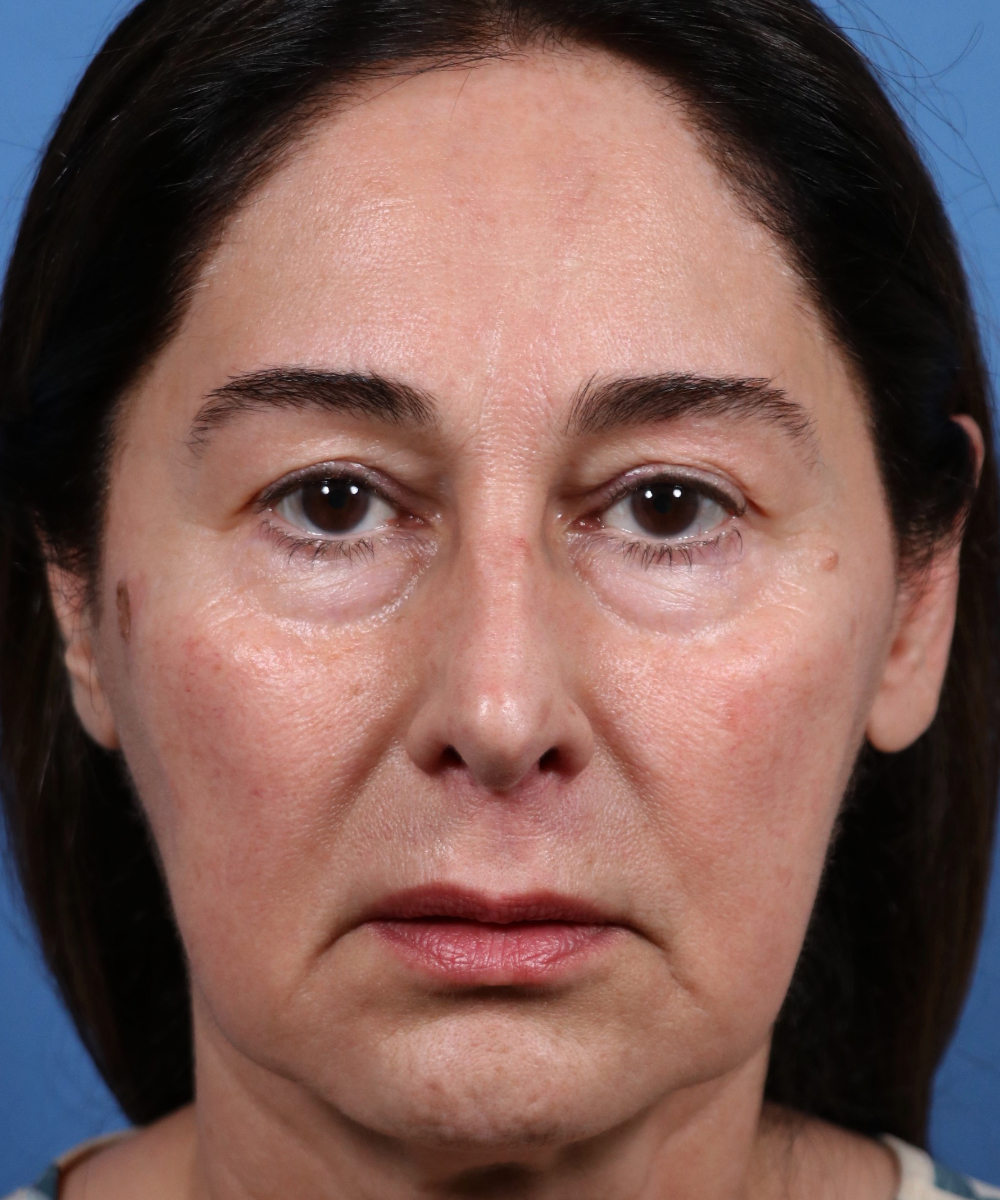 Check out these amazing, natural-looking results by Dr. John Hilinski who demonstrates the power of combining an eyelid lift with fat transfer.

This middle-aged female patient simply wanted to look more rested and youthful – but she was fearful of looking ‘surgical’ or ‘done’ after facial cosmetic surgery. She consulted with Dr. Hilinski who is one of San Diego’s best facial plastic surgeons and known for creating very natural appearing cosmetic results.

Her main issue was around the eyelid region – both upper and lower. On examination it was noted that she had excess skin folds along the upper eyelid. This is actually incredibly common and something that Dr. Hilinski sees on a very regular basis. Her lower eyelid region was a bit more complex – having two separate but related anatomical issues. One was the eyelid bags that were readily seen. The excess, bulging fat under the eyelid was contributing to unwanted shadowing in an arc-like manner. But this was combined with a certain degree of hollowing just underneath the bulging fat. So in one location she had too much fat (bulging eyelid fat) and immediately adjacent to this she had too little fat (lower eyelid-cheek junction volume deficiency). When these two issues are present together in the same patient, the appearance of looking tired and aged is even more pronounced.

Given the above mentioned findings, Dr. Hilinski suggested she undergo surgery to help provide her a more rejuvenated appearance. One procedure would involve taking the redundant skin away from the upper eyelid margin. This is called an eyelid lift, or blepharoplasty in plastic surgery jargon. The other procedure could be interpreted as a lower eyelid lift, but it really involved taking out the unwanted eyelid fat and filling in the cheek area with new, fresh fat taken from another area of the body. The former is technically a lower eyelid lift and the latter is termed fat transfer. When these two procedures are combined, the result can be quite powerful!

Here are her results of the surgery performed by Dr. Hilinski. She is about 5-6 months out from surgery in these pics, which represent a very stable, realistic result. As you can readily see by just glancing at her photos, she looks markedly better overall! When you look even closer, though, you begin to better appreciate the finer details of how Dr. Hilinski provided her with a rejuvenated outcome – yet preserved her natural look and avoided the stigmata of her having had plastic surgery!

Her upper eyelids no longer have excess skin folds that make her look prematurely tired. And her lower eyelid fat pockets have been reduced nicely to help get rid of the under eye bags. In addition, the fat that was transferred to her cheeks has helped restore much needed volume to her face. In concert, these procedures have taken at least 10 years off of her face – making her look so much more rested and rejuvenated! 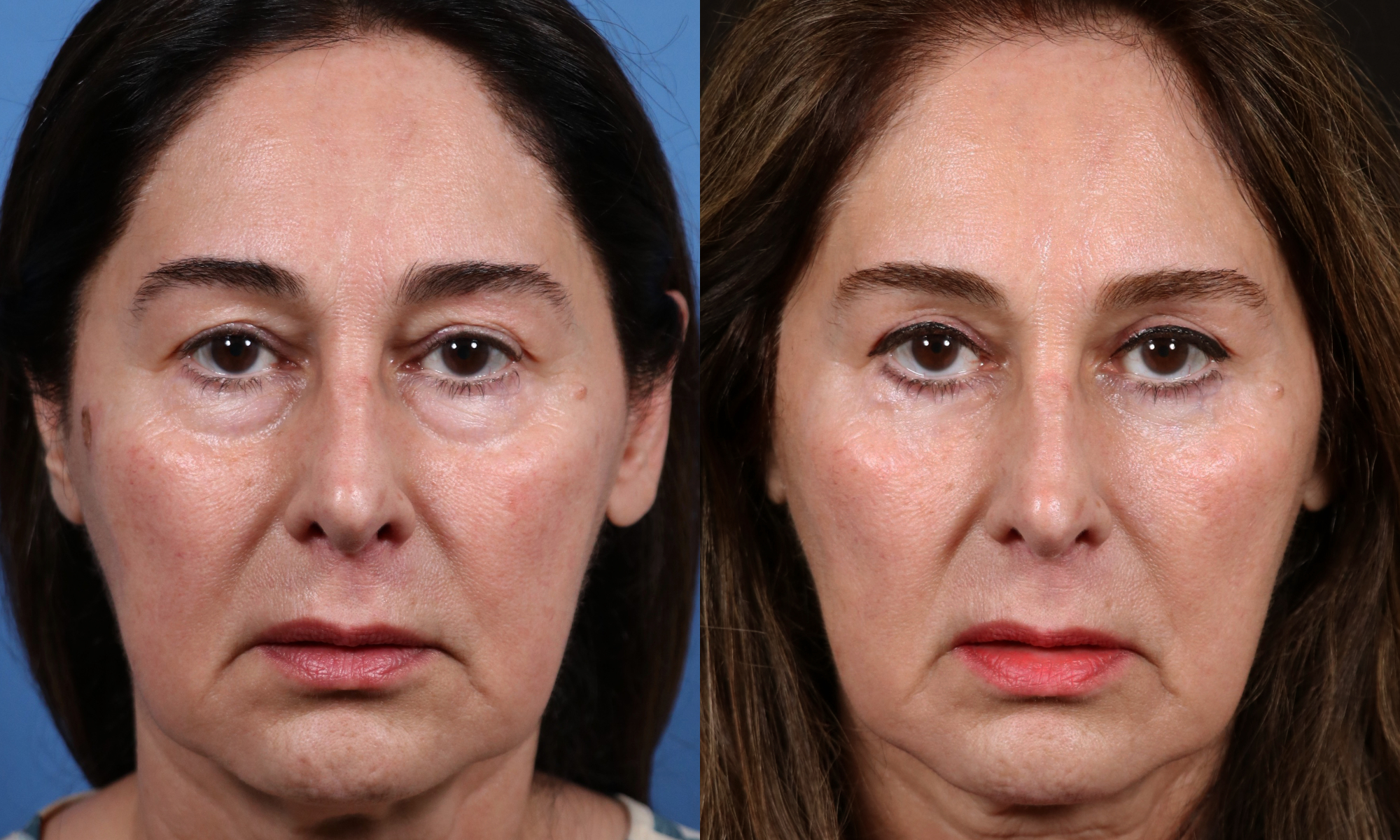