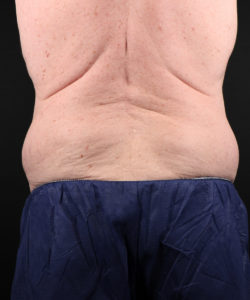 Have unwanted back fat? Check out how the only FDA approved fat freezing treatment, Coolsculpting, can help you get rid of that excess fat without surgery, without needles and without downtime.

Dr. Hilinski’s medical spa staff targeted the areas where you could see the most obvious fat folds in his before photo. In addition, he had the lower back and hip fat treated with Coolsculpting to help slim his waistline.

His actual results are shown here.

As you can easily see, there has been a nice reduction in the amount of back fat that was previously noted. If you look, in particular, at the fat folds along the mid to upper back you will readily appreciate the flattening and reduction that has taken place from Coolsculpting. And if you look at his waistline, there has also been a nice narrowing effect following Coolsculpting. Would more fat freezing sessions get him even more results? Very likely. It is, in fact, not uncommon for patients to have multiple Coolsculpting treatment sessions over a period of 4-6 months, which gives them even more cosmetic improvement in terms of their shape and size. And all of this can be achieved with no surgery, no needles and no downtime. 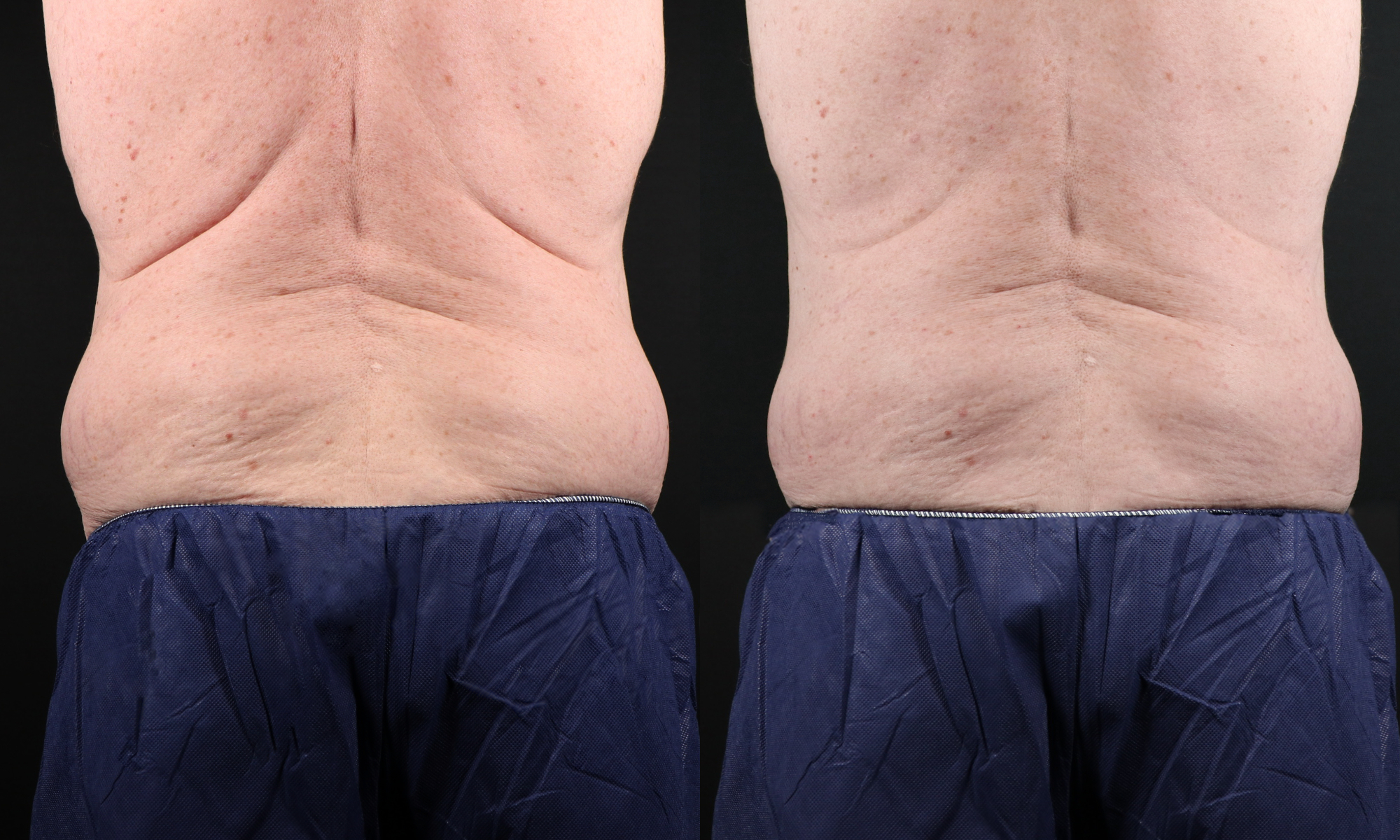