We get asked all the time from prospective patients – does Coolsculpting actually work? Can you really freeze fat away without having liposuction surgery? It almost sounds way too good to be true. But it isn’t! Just take a look at this case example provided here, which visually demonstrates to you that Coolsculpting actually does work to freeze fat away – and can do so with fairly dramatic improvement. 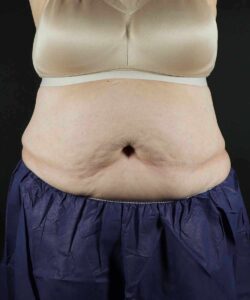 This 77 year old female from San Diego consulted with our medical spa about unwanted fat around her mid section that she wanted to address. As you can readily see, she had a significant amount of extra fat. In cases like this, it is not only a matter of appearance, but it also affects how patients subjectively feel – particularly with how certain clothing fits on their body.

At her age – although she is still quite vibrant and healthy, she wasn’t really interested in undergoing extensive surgical liposuction or lipo-contouring to get rid of the extra tummy fat. When she discovered that we offered Coolsculpting, she jumped at the opportunity to undergo fat freezing treatment because it was non-invasive and did not involve any real downtime.

Was this patient a good candidate for a single treatment using Coolsculpting? Absolutely not. She was told up front by our Coolsculpting expert, Kellie, that she would need several treatments in order to achieve any substantial improvement through her mid section. Understanding this, the patient opted to have a series of Coolsculpting treatments over several months.

Here are her actual before and after photos following the series of Coolsculpting treatments. As is easily seen, she has had quite a bit of reduction in the fat around her mid section. In fact, this would be considered a fairly dramatic reduction in fat as a direct result of the Coolsculpting sessions. Just look at her belly button alone and you can see how much anatomical change has occurred now that the fat has been frozen away. Does she have some residual skin laxity following the fat freezing? Admittedly, yes. But overall she has quite a bit of cosmetic improvement – and the mild skin laxity that has appeared is a welcome trade off in most cases – especially in someone who is 77 years old. Plus, she feels much better when it comes to her clothing and simply moving around on a day-t0-day basis now that the fat in her mid section has been reduced so nicely. And all of this was accomplished using Coolsculpting technology with no needles, no surgery, and no downtime! 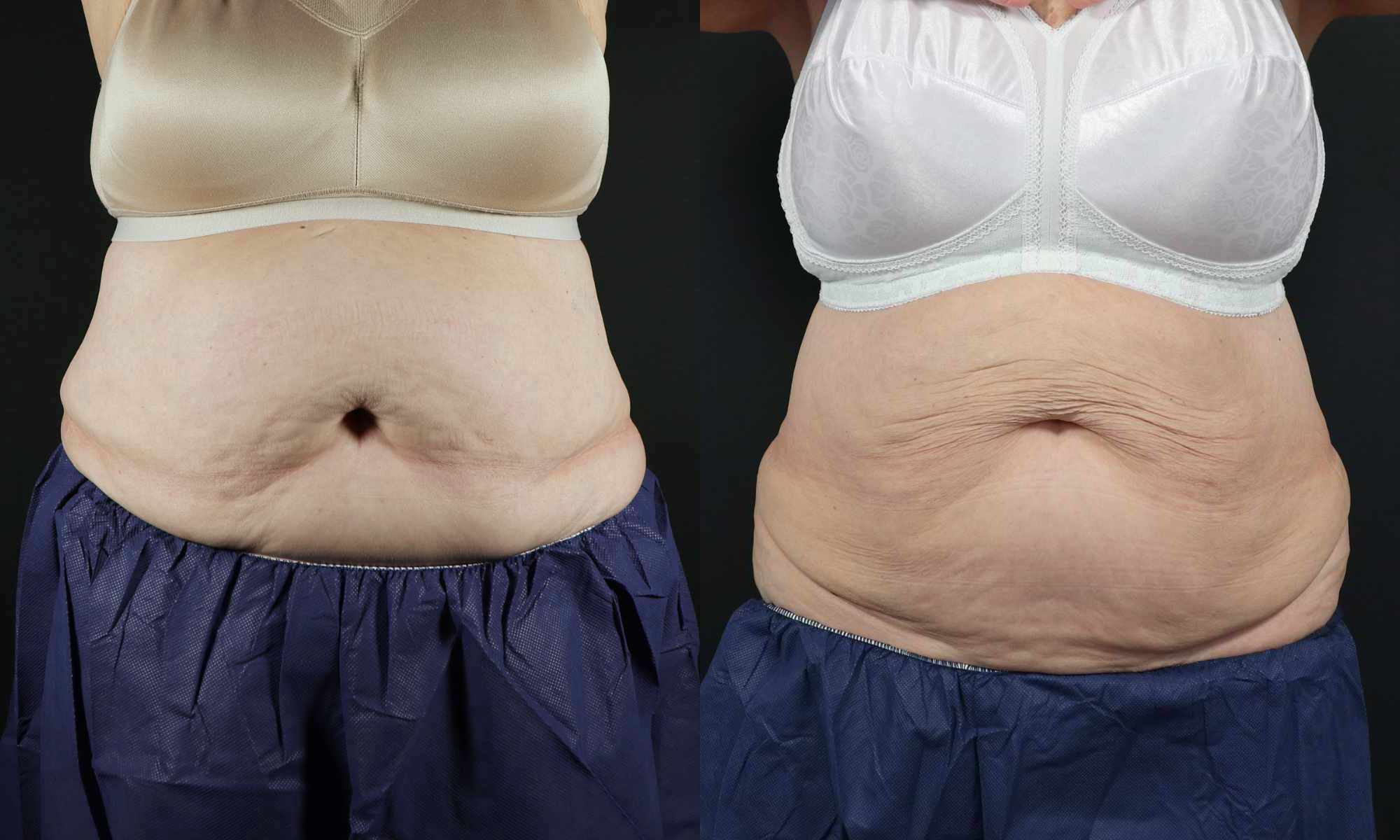