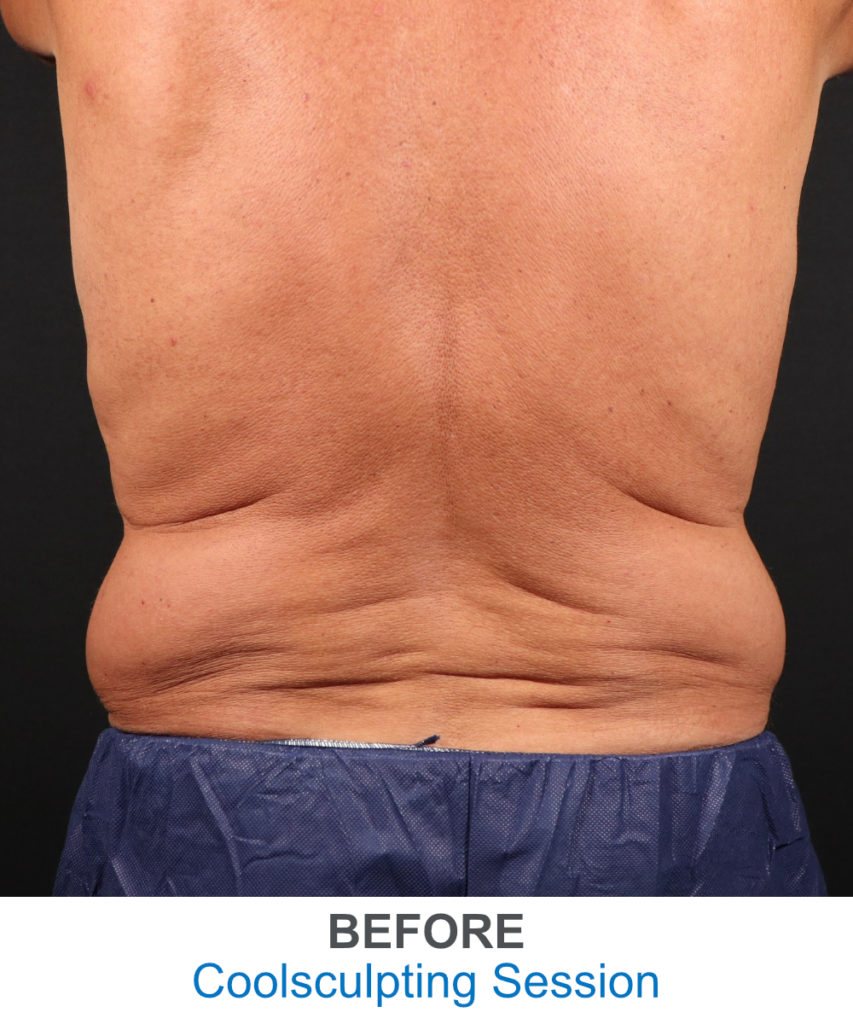 This male patient from San Diego wanted to do something with his excess flank fat. Just like so many men out there – he tried to eat right and attempted to work out regularly. Unfortunately, the reality is that many men who do this still have problematic areas where excess fat simply won’t go away! In this particular instance, the area was the flank – as can be seen here in the adjacent photo. Based on this examination, Dr. Hilinski and his medical spa staff recommended Coolsculpting to help freeze away much of the excess fatty layer in the flank. Could this patient have undergone liposuction surgery to reshape his hips and flank? Certainly! But his preference was to have a procedure done in the office setting that did not involve any surgical downtime, incisions/scarring and pain/discomfort. One of the only cosmetic treatment alternatives that satisfies this description is Coolsculpting. In fact, Coolsculpting is the only FDA-approved medical spa procedure that can freeze fat away using proprietary technology, which does not involve needles or any significant downtime.

With this particular cosmetic fat reduction treatment, patients are able to literally relax in our comfortable Coolsculpting treatment room. Because freezing fat has minimal discomfort associated with it, patients can play on their phones and/or watch TV as the treatment is completed. Each Coolsculpting session in this specific patient lasted about 60 minutes. Once done, the patient was able to drive home and resume his normal daily routine later that day. Yes, that is right – no downtime and no recovery!

Shown here are his actual Coolsculpting results, which demonstrate an amazing cosmetic improvement in the flanks. Whereas he had a number of unwanted flank fat folds prior to Coolsculpting, he now enjoys a markedly more shapely waist. If you look closely, you can also appreciate how much tighter his skin now looks. That is because Coolsculpting has also been known to help tighten the loose skin after the excess fat is frozen away. As you can imagine, he likely has also had  a significant reduction in his pant size since having Coolsculpting treatment. What an incredible change for someone who didn’t have to undergo surgery to get this type of cosmetic improvement. 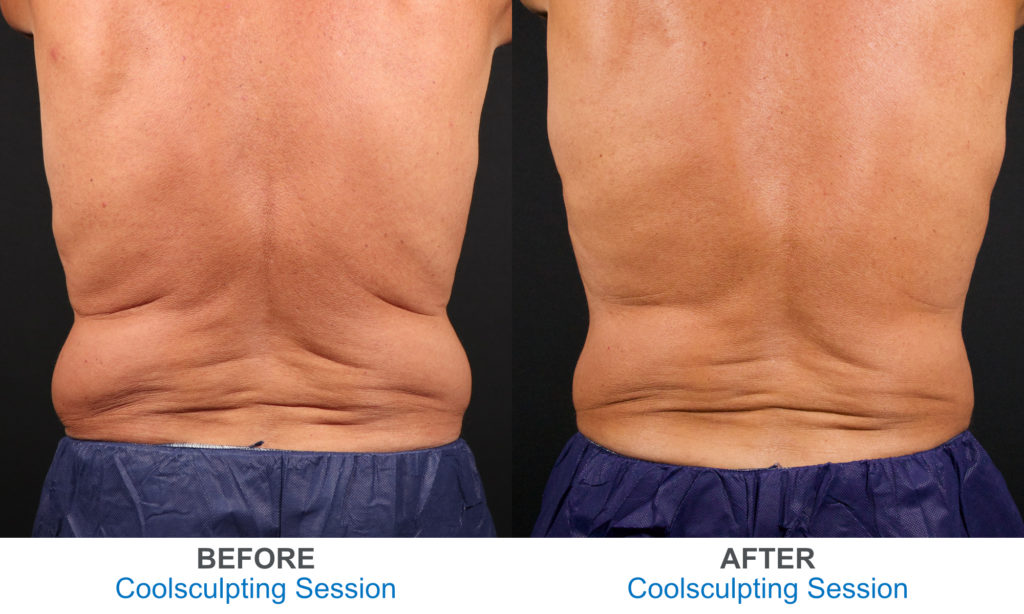