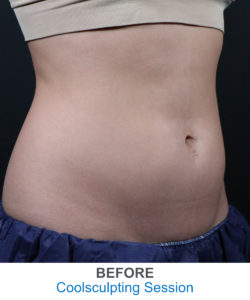 Are you one of these patients who has a relatively flat tummy but wants to contour it down to be even flatter without undergoing the knife? If so, then Coolsculpting may be just what you are looking for in terms of a proven non-surgical option.

This young lady from San Diego was already in fairly good shape as you can see in her before photo posted here. Her tummy was nicely shaped and toned. However, like many patients seeking cosmetic treatments these days, she wanted an even flatter tummy. But she wasn’t really interested in going under the knife to achieve those type of cosmetic improvements. She was more intrigued by non-surgical options that would get her abdomen to look more toned and tightened. This is when she found out about Coolsculpting as the only FDA-approved treatment to non-surgically get rid of unwanted tummy fat without the downtime and risks associated with liposuction surgery.

Fortunately for her, she stumbled upon Dr. Hilinski’s incredible medical spa staff through a personal referral. His staff examined her and determined that she had enough ‘pinchable’ fat around her lower tummy that warranted Coolsculpting treatment. This is one of the main criteria when it comes to freezing fat away in any part of the body – there has to be a ‘pinchable’ area of excess fat. The reasoning behind this has to do with the technicalities of attaching the Coolsculpting device over the skin. If the targeted area does not allow for pinching of the excess fat the treatment cannot be rendered successfully. In this particular case, she indeed had an area of fat that could be pinched along the lower abdomen – below her belly button.

Dr. Hilinski’s aesthetic nurse, Kellie, performed her treatment using the CoolCore Coolsculpting adapter, which was placed over the lower tummy region. A little less than 1 hour later, her treatment was completed. And during that time, she was able to literally lay back and relax while watching TV and playing on her phone. Aside from a little redness and localized swelling of the skin from the freezing cold temperature, she had really no downtime. This is in stark contrast to a surgical liposuction procedure that would have left her with mild to moderate pain and 1-2 weeks of actual downtime. In addition, there were no needles and no incisions to deal with from Coolsculpting. Immediately after her tummy flattening treatment, she was able to drive home on her own.

The patient returned to our office about 30 days after her Coolsculpting session for a quick follow-up examination and photos. Here they are below showing what we think is a beautiful, natural looking improvement in her lower abdomen region. She went from having a pretty flat tummy to having an even flatter tummy in just one Coolsculpting session! What a pretty incredible change for this young lady without any needles and no surgical scarring. Sometimes, as in this case here, just a little change in contour can make a big difference visually. As you stare at her Coolsculpting photos, you can really see how much flatter her tummy now is because of the fat freezing treatment. She just looks that much more toned and tightened. And that is saying a lot given how flat her tummy was to start. When you begin to rotate her body around and you look more closely at her side view, you can really see the improvements made from Coolsculpting. Whereas she had a little pooch below her belly button before treatment, she now has a much flatter – and flattering – tummy contour. 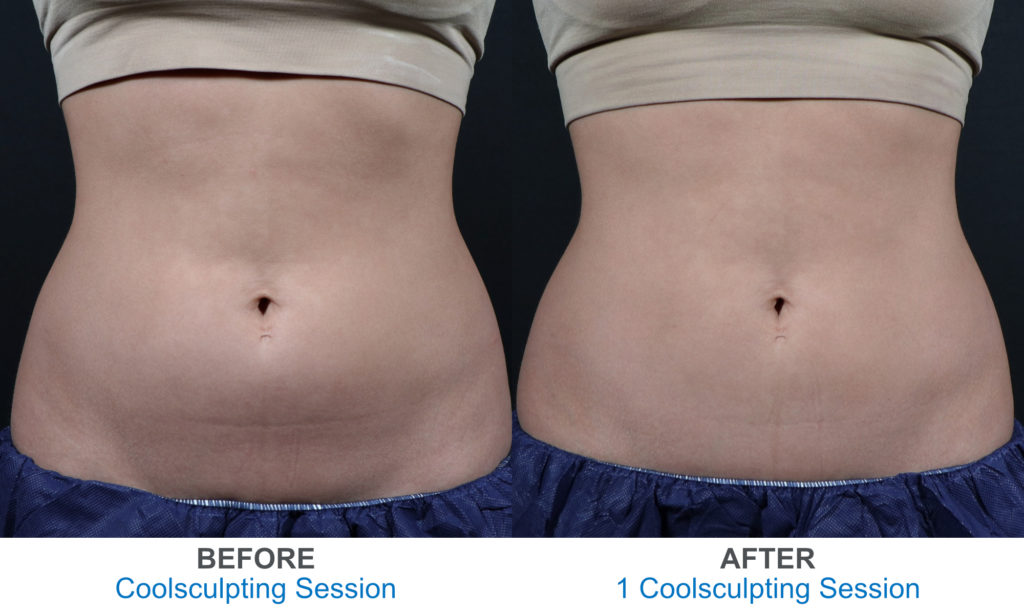 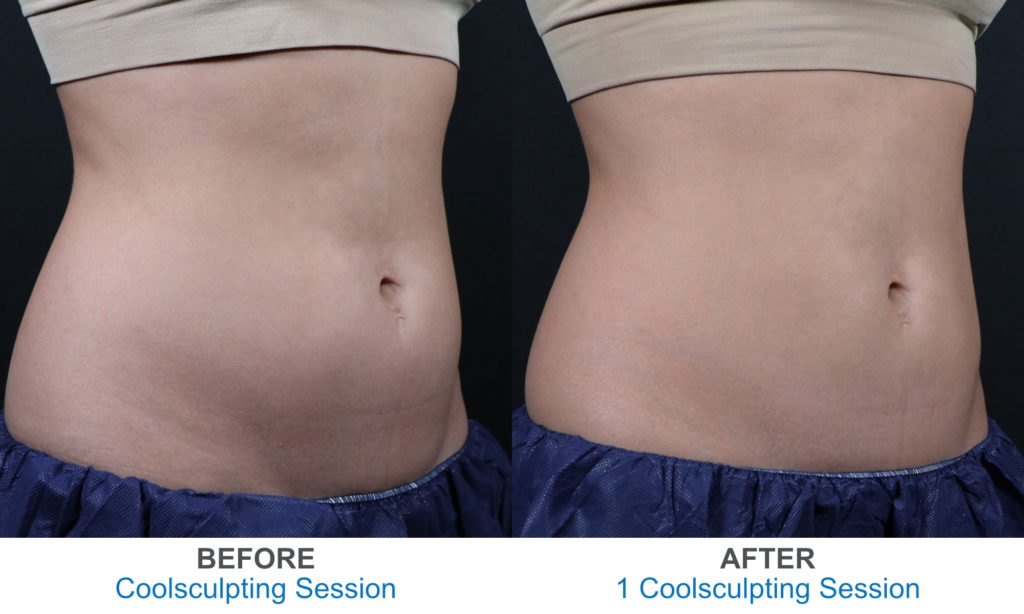 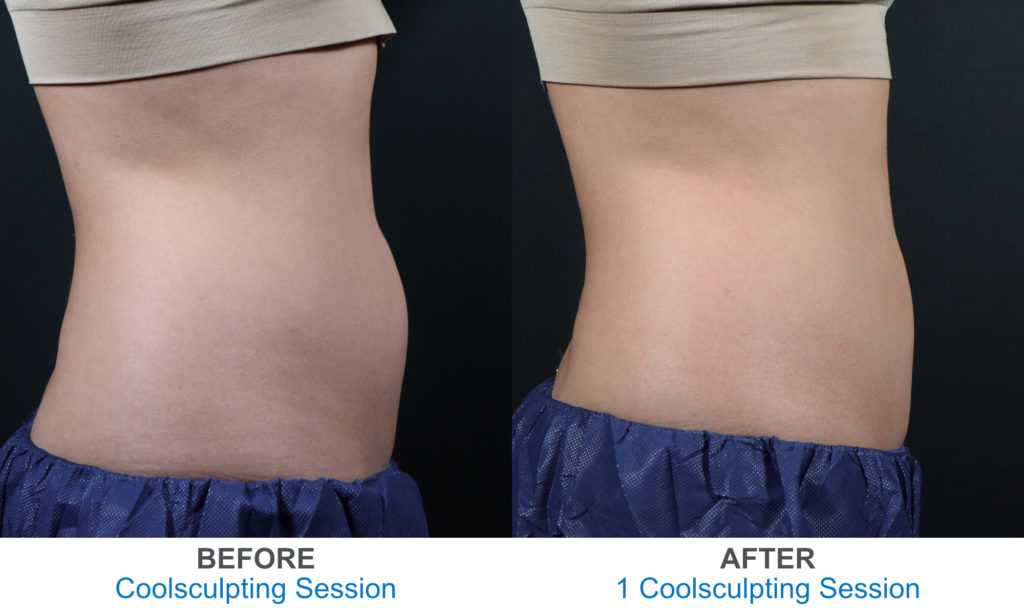 And with summer coming upon us in just a few months, now is the time to get your Coolsculpting done to be bikini ready! If you are like this patient here and have a bothersome pooch to your tummy from excess fat, why not get rid of it just like that with a no downtime non-surgical procedure?