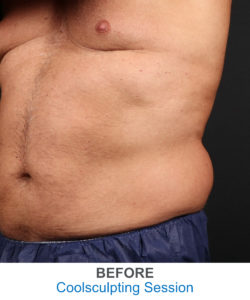 Ever look in the mirror and see excess fat that you wished was just gone? Patients do this all the time. But the real question is what will it take to get rid of that fat once and for all? Do you opt to have invasive body liposuction that involves scarring of the skin, tight postoperative compression bandages, and prolonged healing? Or is there a medical spa, office-based cosmetic procedure to get rid of unwanted waist fat that does not involve the risks associated with liposuction? Fortunately for thousands and thousands of patients, the answer is a resounding ‘yes’ to the latter question!

Coolsculpting is the actual procedure referenced above – a cosmetic treatment that can be done in the office to permanently get rid of excess fat without any incisions, needles or downtime. This male patient from San Diego was unhappy with his waistline as is seen here in the adjacent photo. Like so many men and women, a bulging waistline can the source of much frustration when it comes to trying to achieve an ideal body shape and size.

Fortunately for this patient and so many other San Diego, La Jolla and Coronado residents, Coolsculpting is readily available to you as offered by one of San Diego’s leading medical spa teams headed by Dr. John Hilinski. In this case example, Coolsculpting was recommended to get rid of the excess waist fat – without having to make any cuts through the skin and with essentially no downtime.

After a few Coolsculpting treatment sessions, much of the excess waist fat was gone! Just take a look here. This is considered a pretty incredible cosmetic improvement for a procedure that was done in a comfortable office setting while answering emails and surfing the internet! And the great thing about Coolsculpting fat freezing treatments is that once fat has been killed off, it won’t return again! That is because you are born with as many fat cells as you will ever have in your life. So once fat cells have been frozen away, they can’t return to haunt you. Now residual fat cells can still enlarge if you fail to maintain a healthy diet and regular exercise routine. But the fat cells that were frozen away by Coolsculpting won’t suddenly reappear down the road. 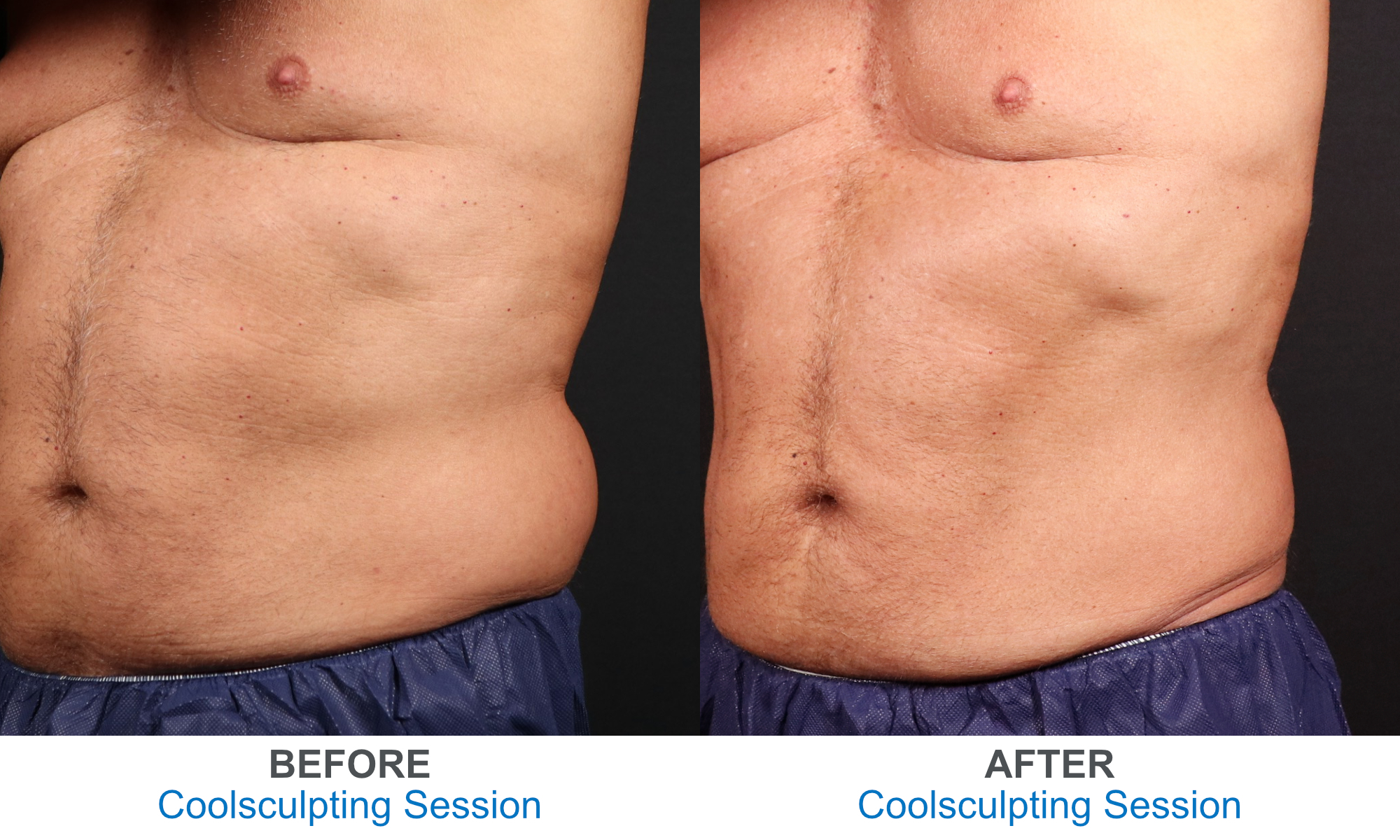