Take a quick look at this lady in her mid 50s who wanted to turn back the clock. She elected to have Dr. Hilinski perform a lower face and upper neck lift on her, which was complemented by some laser skin resurfacing. We would say – wow – she looks at least 10 years younger overall following her procedure. She is only a few months into the recovery process, so you can still see signs of healing. But she is very much ‘publicly presentable’ and is ecstatic with the improvements noted. Not only does she look that much younger now, she also just looks more rested. If you look even closer you will see the laser peel has made her skin that much smoother and tighter with less visible sun damage as well. And look how much improvement was made to those pesky upper lip smoker lines (although she isn’t a smoker, we still call them this). Arguably more important, she still looks like herself, which is so important when performing face and neck lift surgery – avoidance of that dreaded wind-swept look as if you just had your face lifted. 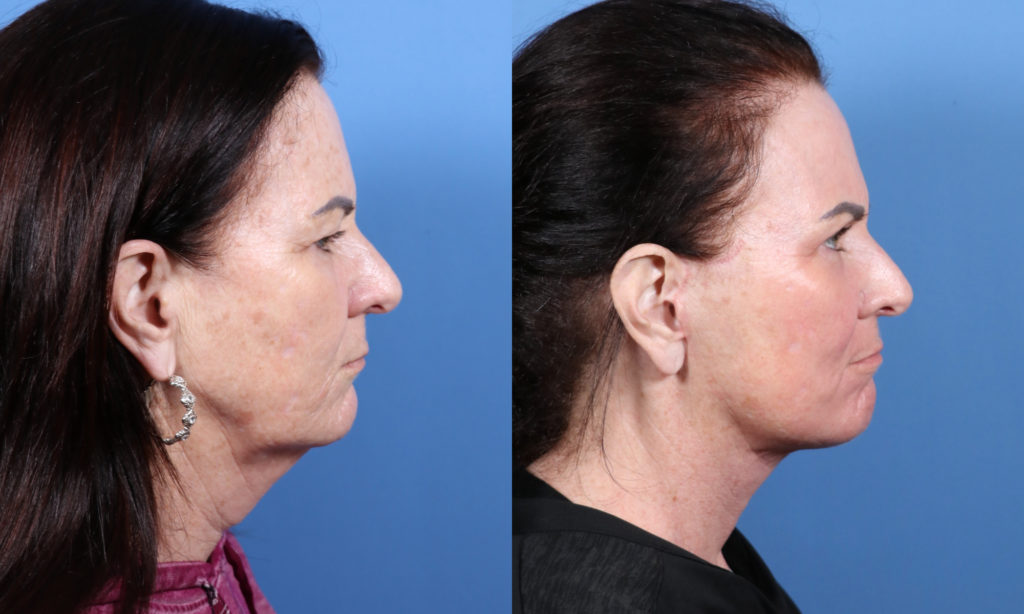 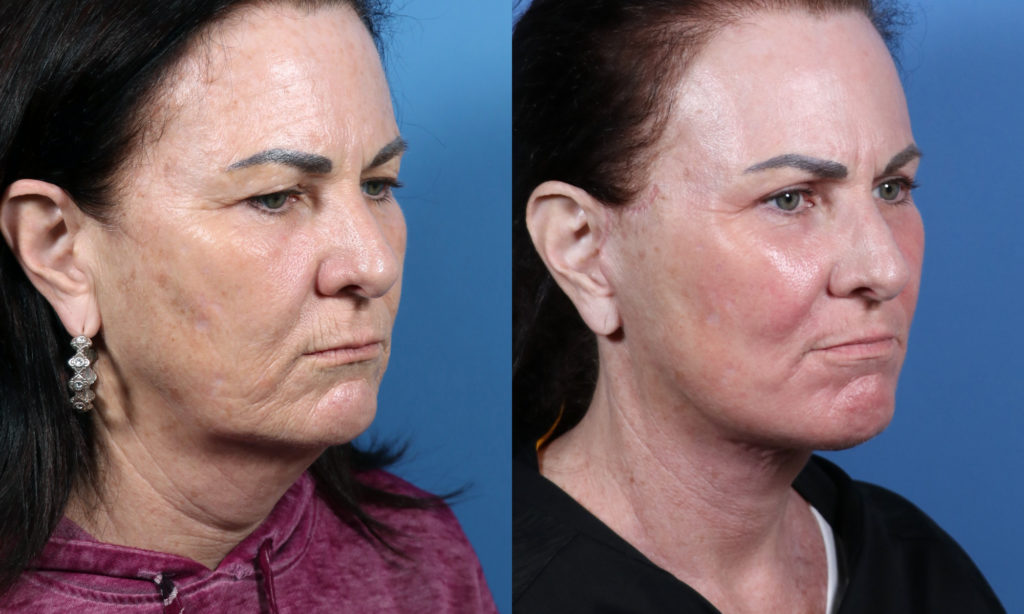